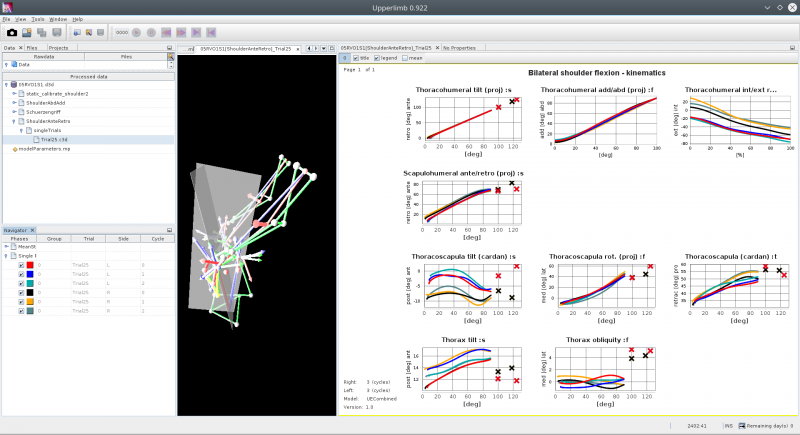 Upperlimb is tested extensively with data collected by the Vicon system, especially the deprecated software Vicon Workstation, its current pendant Nexus and also the software Tracker, which is often used in the context of robotics sciences.

The work on this project is still in progress and concentrates 2021 in the integration of the Vicon software Tracker, which is used in the Robot and Human Motion lab at the DHBW-Karlsruhe.